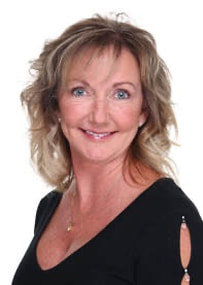 Laurie Stoianowski - Owner/President, Instructor
Laurie is a veteran dancer and instructor of 58 years. She is a former dancer with Randazzo Dance Studio and the Ypsilanti Area Dancers.  At the age of 17, she was recruited by the Southwest Ballet Company in Austin, Texas.  She has owned the Tecumseh studio for 31 years and the Saline studio for 21 years.   Laurie manages the competition team and enjoys working with the Adv. Ballet & Int/Adv. Pointe classes.

Kristen Meadows -
Saline and Tecumseh Studio Manager, Instructor
​Kristen Meadows began her dance training at the age of 4. She began teaching children at age 16, while still training and performing all across Northern Michigan. She received her B.S. in Dance Studio Management from Eastern Michigan University in 2009. While at EMU, Kristen had the opportunity to perform in many university performances, as well as at the American College Dance Festival and the Michigan Choreographers’ Showcase. In 2011, Kristen became a member of the International Tap Dance Association.  She is also an adjunct         professor of Tap Dance and Ballet at Eastern Michigan University, and the resident choreographer for Saline Community Education's Youth Theater Program.  Kristen is the Studio Manager for both Saline and Tecumseh locations. 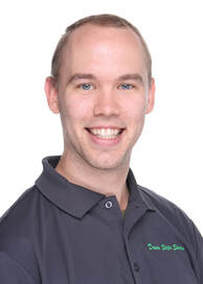 Grace Morris - Instructor
Grace Morris received a BBA and a second major in Dance – Studio Management from Eastern Michigan University. She has been teaching for 3 years, and has been dancing since age 7. During her college dance career, she had many opportunities to perform annual concerts as well as at the American College Dance Association. Grace was a co-choreographer for a duet which was chosen to perform in the ACDA Informal Concert, in 2018. Grace grew up training in Ballet, Tap, and Jazz, and has passed Cecchetti Ballet Levels I-V. Her favorite styles are Contemporary and Jazz, and her goal as a teacher is to encourage
dancers to express themselves through dance. ​Marissa Relitz - Instructor
Miss Marissa started dancing at age six in Ann Arbor, She started competing at age ten in Tap and Jazz and eventually competed in Lyrical and Pointe as well.  She graduated from Alma college with a BA in dance where she performed in many classical Ballets and Modern pieces, as well as in many Jazz and Tap numbers.  She choreographed Tap and Modern pieces for the student choreography shows each year.  After college she joined Third Coast Dance Company and has been teaching and dancing professionally around the state of Michigan.
​ 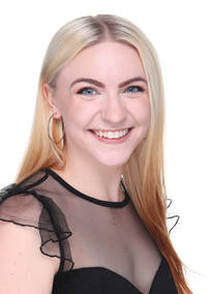 Kristen Hudecz - Instructor
Kristen "Miss Kris" Hudecz is a passionate dance educator, performer, and choreographer who has been dancing for more than twenty years.  Kris first trained recreationally and competitively at Gail Wildfong School of Dance before achieving her degree in Social Work and Dance Performance from Eastern Michigan University.  Kris's choreography and performance has been selected for feature at several Southeast Michigan dance concerts.  Kristen shares her passion for dance and movement with students of all ages and backgrounds.  She teaches a little bit of everything, but mostly instructs hip hop,                   lyrical/contemporary, and tap at DSS.  She is so excited to be a part of the Dance Steps family!

Anna Smith - Instructor
​Anna Smith has been dancing and competing since she was 4 years old. She has been trained in ballet, pointe, tap, jazz, modern, contemporary, hip hop, musical theatre, and acrobatics. She had danced with Cohesion Dance Company from 2009-2014, attending countless master classes taught by some of the most world renowned choreographers. She had then started at Dance Steps Studio in 2011 and joined the competition team in 2015. Anna is now attending Eastern Michigan University with a major in Secondary Education in Integrated Science. Her love dance and the art of movement inspires her everyday and she is so excited to share that love with all of her students. 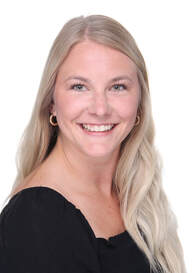 Skyler Yancey - Instructor
Skyler Yancey is from Grand Rapids, MI.  She started dancing at the age of two years old where she received her training and competing at Dance Creations.  Throughout her many years competing she has won many awards and scholarships.  She is trained in Ballet, Pointe, Jazz, Hip Hop, Lyrical, Tap, Musical Theatre and Pom.  She was the Head Middle School Dance coach for Byron center West Middle, and one of the first members to join the NBA D-League called the Grand Rapids Drive.  She is so excited to be teaching at Dance Steps Studio!